Today on arrival at the Jomo Kenyatta International Airpoort) (J.K.I.A) Airport, you will be met and greeted by our customer service representative and later we transfer your hotel for relaxation where you will Spend your evening and overnight at Tamarind Tree Hotel. Meals: Breakfast.Nairobi Safari Club

We will pick you from your hotel at 0700hrs and drive across to Nairobi National Park, which lies within the shadows of the large capital city in the world and despite being only a few kilometers from the city is a home to big game. With highland forest, Acacia woodland, rocky escarpments, open grassland, large ponds, and small streams, this park is home to a wide variety of birds and mammals. Some of the key species we will search for here are Shelley’s Francolin, Hartlaub’s Bustard, Spotted Thick-knee, Yellow-throated Sandgrouse, Singing Cisticola, Banded and Brown Warblers, African Yellow Warbler, Northern Pied Babbler, White-breasted White-eye, Long-tailed Fiscal, and White-winged Widowbird. Nairobi National Park is without a doubt the best place in Kenya to see the endangered Black Rhino, and we have a very good chance of locating this very impressive species together with many of the other mammals we or you may have seen before. Later in the afternoon we will drive you back to the hotel for overnight at Tamarind Tree Hotel. Meals: Breakfast.

Today after our morning breakfast at camp and depart for Olpejeta Conservancy arriving in time for lunch. Serena Sweetwaters is located in the slopes of Mt. Kenya and overlooks a floodlit waterhole offering visitors an unforgettable opportunity to view and shoot pictures of animals in their natural habitat. Optional walking safari escorted by a knowledgeable Ranger, to see Chimpanzee which supports other wild game like Elephants, Buffalo, Baboon, Eland, Silver-backed Jackals, Ostrich, Rhino among others. Overnight at Serena Sweetwaters Tented Camp. Meals: Breakfast, Lunch, Dinner.

Today after an early breakfast, our safari will be destined for Lake Naivasha, a freshwater lake in the Rift Valley. From the top of the Rift Valley escarpment, you can see the lake sparkling under the sun thousands of feet below you. The lake is home to a large colony of hippos and it’s also a mecca for bird watchers and researchers since over 400 different species of birds have been recorded here.

It’s on the beautiful shores of Lake Naivasha that Joy Adamson author of the bestseller book “Born Free” lived; her home Elsamere is now a wildlife education and conservation center. The lakes location and wildlife makes it an ideal place for an afternoon boat ride. While en route we may come across some Vultures, Greater Kestrel, some of Swallow, Schalow’s and Capped Wheatears and Red-billed Quelea. An afternoon arrival will allow us to bird the tall Acacia woodland on the beautiful hotel grounds. Expected here are Gabar Goshawk, Dideric and Black Cuckoos, Barn Owl, Verreaux’s Eagle-owl, White-fronted Bee-eater, Lesser and Wahlberg’s Honeyguide, Black-lored Babbler, Amethyst Sunbird, Grey-headed Bush-shrike and Spectacled Weaver. Overnight at the Lake Naivasha Sopa Lodge. Meals: Breakfast, Lunch & Dinner.

Leaving early we will be transferring to Lake Nakuru National Park allowing time to search for several key species along the way. A large rocky escarpment en route is a favorite roosting spot for the Mackinder’s Eagle-Owl and with some luck we should be able to locate this highly sought-after species. The Acacia scrub by a nearby lake is a favorite haunt for Little Grebe, Yellow-billed Duck, Red-winged Starling, Little Rock-thrush, Pale Flycatcher, and Purple Grenadier. In the afternoon we will arrive at Lake Nakuru National Park, which is called by some, the greatest birding spectacle on earth! Huge numbers of Lesser Flamingos feed in the shallow alkaline water. Exploring the Acacia woodland and the lakeside marshes we will no doubt encounter many wonderful avian delights: Great White Pelican, Great Cormorant, African Spoonbill, African Fish-eagle, African Harrier-hawk, Hildebrandt’s Francolin, Grey-headed Gull, Broad-billed Roller, Levaillant’s Cuckoo, White-browed Coucal, Green Wood-hoopoe, Rufous-necked Wryneck, Grey Woodpecker, Black Cuckoo-shrike, Northern Anteater-chat, Grey-backed Fiscal, Brown-crowned Tchagra and African Firefinch. Mammals are also quite common in the park and it is one of the few places in East Africa where the endangered White Rhino can be found. Some of the other mammals we hope to find include Rothchild’s Giraffe and Reedbuck. Overnight at Lake Nakuru Sopa Lodge. Meals: Breakfast, Lunch & Dinner.

All morning will be here birding and later we will drive to our next destination is a fresh-water lake in the north called Lake Baringo. Here the combination of a large lake in semi-desert country and the nearby Baringo cliffs provide the perfect habitat for a great diversity of bird life. Specialities in this area are Dark Chanting-goshawk, Heuglin’s Courser, Northern White-faced Owl, Greyish Eagle-owl, Slender-tailed Nightjar, Jackson’s and Hemprich’s Hornbills, Black-throated Barbet, Red-fronted Warbler, Brown-tailed Chat, Somali Tit, Beautiful Sunbird, Bristle-crowned Starling, Golden-backed and Little Weavers, Northern Masked-weaver and Northern Red Bishop. Other possibilities in the area include Lanner Falcon, Verreaux’s Eagle, Blue-naped Mousebird, Madagascar Bee-eater, Red-fronted Barbet, Northern Crombec, Pygmy Batis, Cardinal Quelea and Eastern Paradise-whydah. Later we proceed to Lake Bogoria for overnight.

After breakfast we drive to Lake Bogoria, shimmering with a pink color due to the thousands of beautiful pink flamingos lining its shores. This lake is the jewel of the Great Rift Valley. Described as the the lake is well known for its Hot springs and geysers, which are spread out along its southern shores. The hot sulfur water gushing out of the ground is known to have therapeutic values. These natural spas and their steam are Mother Nature’s version of a bath & sauna. Overnight at Lake Bogoria Spa. Meals: Breakfast, Lunch & Dinner.

Early morning we will depart for Kisumu on the northeastern shore of Lake Victoria where we will search for the specialities of the area, some of which are found only in the papyrus swamps surrounding this great lake. Species we are likely to see are African Openbill, Abdim’s Stork, Water Thick-knee, Long-toed Lapwing, Eastern Grey Plantain-eater, Blue-headed Coucal, Black-billed Barbet, Yellow-fronted Tinkerbird, Greater Swamp-warbler, Swamp Flycatcher, Birds to be Red-chested and Copper Sunbirds, Papyrus Gonolek, Slender-billed, Black-headed and Northern Brown-throated Weavers, Black-winged Bishop, Fan-tailed Widowbird and Papyrus Canary. From Lake Victoria we will proceed to the Masai Mara Game Reserve in South-Western Kenya. The Mara is the northern extension of the famous Serengeti plains. Here we will find a wide assortment of bird life, as well as some of the most spectacular mammals on the continent. Complimenting the wildlife is the dramatic scenery of endless grasslands, lush river valleys, and steep rock strewn escarpments. Birds we can expect in this area of the Mara are Rufous-bellied Heron, Saddle-billed Stork, Wahlberg’s Eagle, Coqui and Red-necked Francolins, Grey Crowned-crane, Temminck’s Courser, Wattled Lapwing, Ross’ and Schalow’s Turaco, Malachite and Woodland Kingfishers, Yellow-throated Longclaw, Rufous-chested Swallow, White-tailed Lark, Familiar Chat, Silverbird, Red-faced, Trilling and Tabora Cisticolas, Green-capped Eremomela, Black-crowned Tchagra, Hildebrandt’s and Violet-backed Starlings, Yellow-fronted Canary and Cinnamon-breasted Bunting. This is the best area in the Mara to see big game up close and some of the many mammals to be seen here include Black-backed Jackal, Bat-eared Fox, Banded Mongoose, Spotted Hyena, Serval Cat, African Lion, Leopard, Cheetah, Bush Hyrax, African Elephant, Common Zebra, Hippopotamus, Common Warthog, Masai Giraffe, African Buffalo, Eland, Bohor Reedbuck, Thomson’s and Grant’s Gazelles, Impala, Topi, Coke’s Hartebeest, and thousands of Wildebeest. We will also see many massive Nile Crocodiles, some over 15ft in length, basking in the sun along the banks of the Mara River. Three nights stay at Mara Serena Lodge. Meals: Breakfast, Lunch & Dinner.

We leave in the morning and drive back to Nairobi for (optional) Overnight stay at a Nairobi Hotel at the end of the tour or transfer you directly to the Airport for your connecting Evening flight back home.

End of our services!

4 days Three Nights from $571 per person Enjoy free time to relax on the beaches and swim, snorkel or dive in the clear, warm waters.
See Details...

4 days 3 nights from $190 per person. Mombasa/Diani beach tour is a short perfect trip for relaxing before or after a safari in the African bush.
See Details...

4 days Three Nights from $571 per person Enjoy free time to relax on the beaches and swim, snorkel or dive in the clear, warm waters.
See Details...

4 days 3 nights from $190 per person. Mombasa/Diani beach tour is a short perfect trip for relaxing before or after a safari in the African bush.
See Details...

Reservations that are cancelled, reduced in length of stay or reduced in numbers are subject to Cancellation fee. Any cancellation of a reservation must be in writing, and shall only be effective upon its receipt and acknowledgment.

The following cancellation fee will be subject to cancelled bookings:

No refund will be given to the following:

We strongly recommend that you secure trip and cancellation insurance. 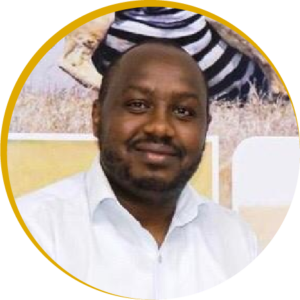 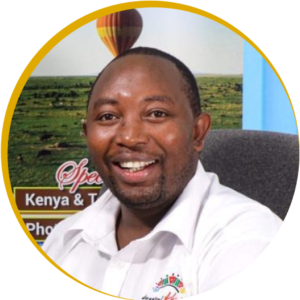 Enjoy a historic tour of Nairobi or a delightful restaurant and depart early in the morning on safari to the Ol pajeta Conservancy.
See Details...

Out of Africa Kenya Safari